How you see the world matters… and on Tauck river cruises, you can expect to see the sights a bit differently than you would with anyone else. They explore Europe’s great waterways from the Rhine and the Danube to the French Rivers, Rhône and Seine.

A family owned business since 1925,  Tauck prides itself in the spacious and comfortable custom-designed riverboats of Tauck’s Destination Fleet. Welcoming you to an onboard experience characterized by the Tauck  River Cruises Difference.

Tauck River Cruises, How You See the World Matters

Wine tastings at private vineyards in the heart of the Wachau Valley… visits to medieval cathedral towns, riverside castles and the Transylvanian haunts of the original Dracula… sumptuous private palace evenings alive with music and merriment in grand old cities like Vienna, Prague, Budapest and Bucharest… hallmarks of river cruising with us along the Danube…

Danube cultural odyssey includes stays at city-center hotels in Berlin and Kraków plus 7 nights cruising from Nürnberg to Vienna. Tauck Exclusive experiences include an Imperial evening at a Viennese palace… dinner in the Wieliczka Salt Mine… a bullet train ride and more.

Prague > Budapest | 12 Days
Get an insider’s view of life along the Danube in Vienna, Salzburg, Bratislava and off the beaten path on a 12-day trip featuring a 7-night riverboat cruise and 2-night stays in Prague and Budapest.

Amsterdam to Budpest by Riverboat

Amsterdam > Budapest | 14 Days
two-week cruise along the Rhine, Main and Danube rivers takes you to medieval castles, Gothic cathedrals, ancient monasteries and iconic cities such as Bratislava, Vienna and Nürnberg.

Milan > Amsterdam | 11 Days
Journey along the Rhine explores five countries and features a 7-night cruise from Switzerland to the Netherlands plus three nights in Milan and a visit to glamorous Lake Como. Tauck Exclusive experiences include a special evening at Schloss Johannisberg in the Rheingau wine region.periences include an Imperial evening at a Viennese palace… dinner in the Wieliczka Salt Mine… a bullet train ride and more.

Zurich > Amsterdam | 10 Days
This 10-day trip combines a two-night stay in Berne, the capital of Switzerland, visiting the Jungfrau, “the Top of Europe,” and the Swiss Alps with a weeklong castle-rich Rhine River cruise between Basel and Amsterdam.

Basel > Amsterdam | 8 Days
Enjoy a perfect week on the Rhine with a 7-night cruise between Amsterdam and Basel, exploring Köln, Koblenz, Speyer, Heidelberg, Strasbourg, Lucerne, the Alsace and more.

Amsterdam > Basel | 13 Days
Go wine tasting and more as you glide along the Rhine in Holland, Germany, France and Switzerland; visit Luxembourg and discover the castles, wineries and market towns of the Moselle Valley.

Savoring local specialties on a private ranch in La Camargue with Provençal cowboys… discovering France’s epicurean heart in a famous market in Lyon… feeling lucky in Monte-Carlo… tasting chocolate, pastries and Côtes du Rhône vintages at the source, in one of the greatest wine-growing regions on Earth… what river cruising on the Rhône is all about…

Paris > Lyon | 10 Days
Featuring a 7-night Rhône River cruise aboard ms Emerald through some of the world’s most renowned wine country… dinner at Fouquet’s in Paris… a pastry class at Le Cordon Bleu… a gala evening at the Duché d’Uzès… a cooking school in Valence and much more!

Monte Carlo > Paris | 14 Days
Two-night stays in Monte-Carlo and Paris and a 9-night cruise along the Rhône and Saône rivers aboard ms Swiss Emerald add up to a two-week slice of French culture you’ll never forget!

A Taste of France

Paris > Lyon | 10 Days
Go wine tasting and more as you glide along the Rhine in Holland, Germany, France and Switzerland; visit Luxembourg and discover the castles, wineries and market towns of the Moselle Valley.

Discovering Versailles’ gardens and salons… pleasures of Montmartre and treasures of the Louvre … cheese-tasting on an exclusive visit to a local farm… exploring Monet’s home and gardens at Giverny… going back in time at D-Day’s beaches…. sipping Calvados in the region where this cider brandy was born… dining in a château or overlooking the Tour Eiffel … this is river cruising on the Seine, Tauck Style

Rendezvous on the Seine

Paris > Paris | 10 Days
The romantic Seine takes center stage on a 7-night cruise and 2-night Paris stay with a château dinner, Normandy’s beaches, cider and Calvados tastings and an exclusive tasting tour of a local farm.

Cruising the Seine Plus Versailles

Celebrating the French flair for food and wine through gourmet dinners, classes and tastings on a Rhône River cruise… riverboating to Europe’s magical Christmas Markets along the Rhine and Danube… discovering the art of Matisse, Monet and Cézanne on the Rhône and Saône… river cruising in the footsteps of Mozart and other musical giants on the Danube.

Musical Magic Along the Danube

Budapest > Prague | 12 Days
Stroll with Tauck musical experts in the footsteps of Mozart, Beethoven, Bartók, Liszt and more on a tune-filled 12-day trip with a 7-night Danube cruise and 2-night stays in Budapest and Prague.

Christmas Markets Along the Rhine

Christmas Markets Along the Danube

Nürnberg > Vienna | 8 Days
Set off on an 8-day Danube cruise between Nürnberg and Vienna to the magical Christmas Markets of Germany and Austria, with Tauck Exclusives and visits to Regensburg, Passau, Salzburg and Linz. 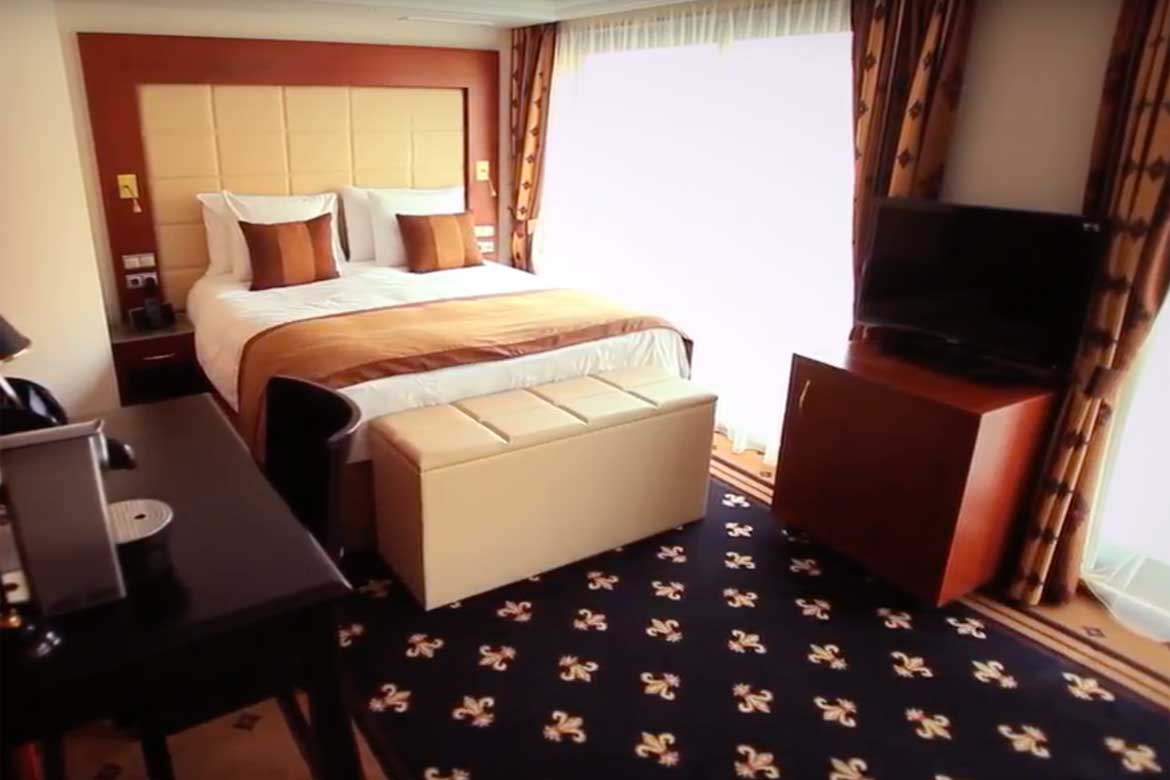 Cruising Europe’s inland waterways exclusively Tauck River Cruises Destination Fleet of riverboats –represent the epitome of comfort and elegance in river cruising. Their spacious, well-appointed cabins and suites – including the most 300-square-foot Tauck Suites– contribute to an intimate, sophisticated ambiance on every Tauck river cruise.

The ships that are elegantly and thoughtfully designed with a contemporary European flair ascribing to the highest standards of quality and comfort, Tauck guests will enjoy upscale accommodations like those one would expect at a premium hotel, with all the built-in advantages of private river cruise ship.

How You See the World Matters

Tauck River Cruises guests often tell us that it’s the “little things” that made their river cruise experience so special. Like traveling with someone who cares – the Tauck staff who go “above and beyond” to take care of all the details and make every moment count… cruising aboard custom-designed riverboats reflecting the highest standards of comfort and quality… enjoying access to exclusive experiences, authentic cuisine and “wow” moments…

Enjoying the sophisticated intimate ambiance of the ship and all for one upfront inclusive price. Because how you see the world matters to Tauck River Cruises. 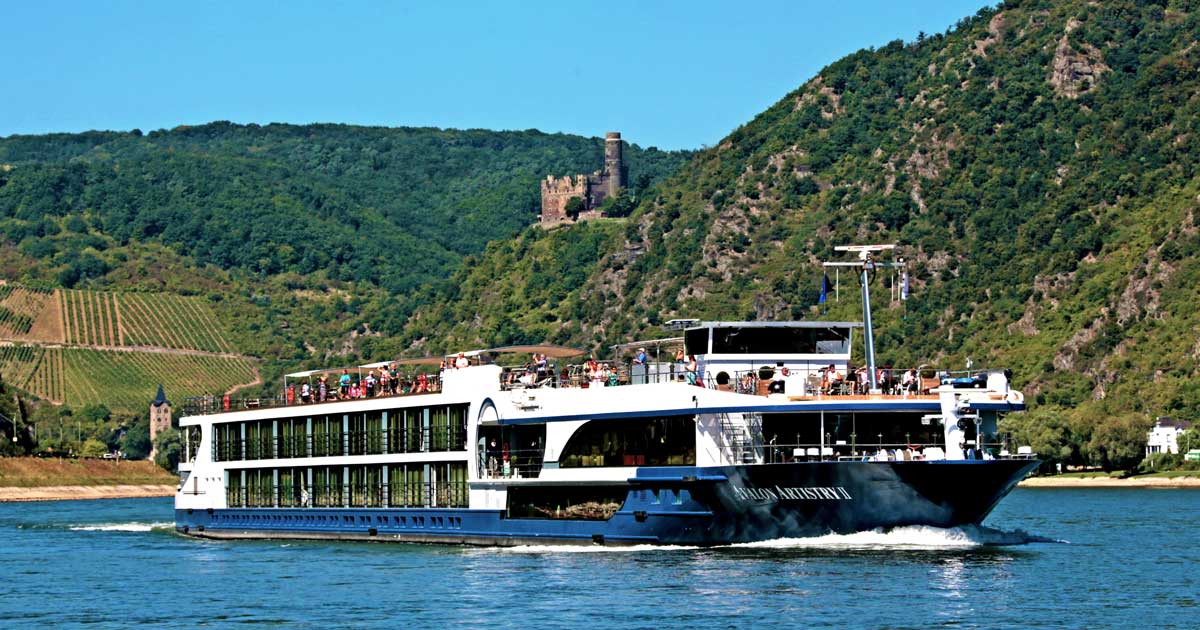 One Family. One Company. One Passion.

In 1882, Herman Tauck arrived in New York City from Germany in search of the American dream. His son, Arthur Tauck Sr., would realize that dream with ingenuity and an innovative spirit, starting Tauck Motor Tours – a travel company that would give birth to a new industry – at age 27 with a first tour through the backroads of New England in 1925. It embodied the same successful formula used by Tauck today: do the right thing. Craft a life-enriching travel experience; provide it at a single all-inclusive price; ensure there is great value for money; and rely on recommendations of satisfied customers to build a following and grow the business.

Over the next 90+ years – and three generations of Taucks – the scope of destinations served and the variety of modes of travel would grow dramatically. Today, with six brands and more than 140 trips across seven continents, Tauck delivers life-enriching travel experiences to every corner of the globe, incorporating small cruise ships, premium riverboats, trains, helicopters and more… plus exclusive content through ongoing partnerships with filmmaker Ken Burns and BBC Earth.

What started as a New England motor coach tour company has truly evolved into an extraordinary global travel company, with a fourth generation of Taucks now involved. While remarkable in any business, this seamless continuity across generations speaks to the shared vision and values handed down by Arthur Tauck Sr., who would recognize, in every Tauck trip today, the simple idea he called the “ideal vacation” – still at the heart of every Tauck journey, cruise or travel event.

Throughout its history, the concept of “family” at Tauck has gone far beyond those sharing the surname to include hundreds of valued employees, and hundreds of thousands of loyal guests. The story of Tauck is the story of a unique American family company celebrating a passion for travel – a story that will continue to inspire future generations to find new ways to experience the world.