American Queen Steamboat Company ®  sails the historic rivers of the United States of America that once served as the great highways of early exploration and commerce., just as they did in Europe.

American Queen Steamboat Company re-creates the same sense of wonder, excitement and inspirations with all the convenience and comfort of a modern luxury river cruise.

Early explorers and native tribes left their legacy behind in town names here: Joliet. Red Wing. Dubuque. Rolling farmland stretches out to the horizon; barges are measured in acres; man-made lakes and locks channel the river’s flow. What to do on a river day? Grab your binoculars and study a pair of American bald eagles. Wave to the motorboat captains locking through the dam beside you. Study red in ten different shades of fall foliage. Tap into the sense of wonder that caused early pioneers to call the heartland home.

Mississippi river cruise itineraries are handpicked to pique the interest of nature lovers, history buffs and culture enthusiasts let you delve into beauty and adventure on an epic scale. After all, this is America’s Heartland, envisioned by Washington and Jefferson, celebrated by Mark Twain and stitched into the very fabric of a nation. From Chippewa country in the north to the confluence of the Missouri near St. Louis and Ohio Rivers at Cairo, the Upper Mississippi flows through the pages of U.S. history.

See the very best of the Upper Mississippi when you travel by paddlewheel river boat on one of our luxury river cruises. Nature buffs, history enthusiasts, culture lovers will all find inspiration and adventure during our cruises, specially planned and designed to give you the ultimate river experience. Discover America’s Heartland, see what Mark Twain wrote about, explore Chippewa country and have a vacation unlike any other. Plan your riverboat cruise along the Upper Mississippi today.

Explore the South on a Lower Mississippi River Cruise

Memory flows deep and sentiment eddies and swirls along the Lower Mississippi River on these river cruises. Once divided by these very waters, when cotton was king and the plantation lifestyle was at its zenith, the North and South were at war, each armed with conflicting visions of what was worth dying for. Look back as each battlefield and grave marker has a story to tell. Then celebrate the living, breathing places where southern culture continues to enjoy a modern-day renaissance.

Century-old oak trees, indigenous wildlife, Civil War memorials and vast plantations await you on a Lower Mississippi River Cruise. Take in the sights of the river from our decks, and explore from on-shore stops in some of the South’s most famous cities. While indulging in our luxury amenities on board one of our famous paddlewheelers you’ll learn about the area’s history and landscape. And on shore, you can experience the very best of true Southern culture.

By any measure, the Ohio River is no mere tributary to the Mississippi, but a mighty river itself. Coursing nearly 1,000 miles with a watershed encompassing 14 states, the Ohio opened up America’s movement West. Here too are the great Wilderness Rivers coursing through Bluegrass country, conjuring up tales of Davy Crockett, Daniel Boone, and raids by Cherokee and Chickamauga tribes. From small towns crowned by church steeples to big city thrills like the Grand Ole Opry® and Churchill Downs, on these river cruises, adventure awaits by the mile.

Flowing for nearly 1,000 miles, the Ohio River is more than just a tributary to the Mississippi. Cruise the Ohio River through Tennessee and discover untouched nature and history that brings back stories of Davy Crockett, Daniel Boone and the Cherokee and Chickamauga tribes. Explore small towns sights or big city attractions like the Grand Ole Opry and Churchhill Downs. Explore nature, emerse yourself in the culture and feel the history aboard one of our luxury paddlewheelers. Book your next adventure on an Ohio River Cruise.

Nowhere is the timelessness of rivers more apparent than here in the pristine Pacific Northwest, a captivating corner of America which displays an abundance of awe-inspiring, natural beauty that will leave you breathless. Our voyages on the Columbia and Snake Rivers are specifically tailored to maximize daytime river cruising for optimal viewing of spectacular scenery and iconic highlights such as the Columbia River Gorge. As you cruise past the fertile fields, impressive mountains and vertical canyons, you will bear witness to the precious land just as it appeared to Lewis and Clark in 1805 – majestic and unimaginably glorious.

Sacajawea, Lewis and Clark’s faithful Native American guide, knew how to read these lands and soon you will also, thanks to the legacy of the expedition that opened the West to settlement. As you relive the daring exploits of frontiersmen and adventurers, you are treated to the very same natural wonders. Columbia Gorge cuts through the Cascade Mountains thanks to the Missoula Floods of the last Ice Age. At Multnomah Falls, snowmelt streams plunge over 600 feet in two tiered cascades down a sheer cliff face. Deeper than the Grand Canyon, Idaho’s Hell’s Canyon is a dramatic crack in the earth with raging waters best explored on an exciting jet boat ride. Near Portland, understand the raw power of nature in the collapsed volcanic crater of Mount St. Helens. Along the Columbia River, fish ladders help salmon swim upstream while bison, deer and elk graze freely.

With the American Empress serving as a floating boutique hotel for your journey, travel into the heart of Washington’s wine country where many acclaimed wineries of the Pacific Northwest have made their mark among wine connoisseurs. Take time to explore the Red Mountain region and sample some of the finest vintages in the midst of breathtaking scenery. Whether you choose to take in the scenery from Mt. Hood’s Timberline Lodge nestled among the pines or climb the Astoria Column to view the expansive Pacific, a voyage on the Columbia and Snake Rivers will show you the world from a new perspective.

Follow the path of Lewis and Clark and Sacajawea on a cruise down the Columbia and Snake Rivers. Explore natural beauty unique to the Pacific Northwest with impressive mountains that rise along the horizon or deep canyons. Mount Hood, Columbia River Gorge, Multnomah Falls and Hells Canyon are just some of the natural landmarks you can explore. Plus, you can taste test the area’s well-known vintages in the famed wineries located along the river path. Voyage aboard the American Empress to experience boutique luxury and memories to last a lifetime.

Nature’s beauty and the historical tapestry that blankets this land have been in the making for countless generations. Regardless of which riverboat captures your imagination and regardless of which region wins your heart, a vacation aboard the American Queen, American Empress or American Duchess is one unlike any other.

Each voyage offers unique perspectives on America’s history, culture and landscape that you can’t get anywhere else: up-close, in-depth and unforgettable.

Journey Back in Time!

You are invited to step aboard and delight in the luxurious modern amenities, gracious service and endless authentic experiences that await.

Guests will be treated to an intimate, boutique experience for overnight cruising through America’s heartland. 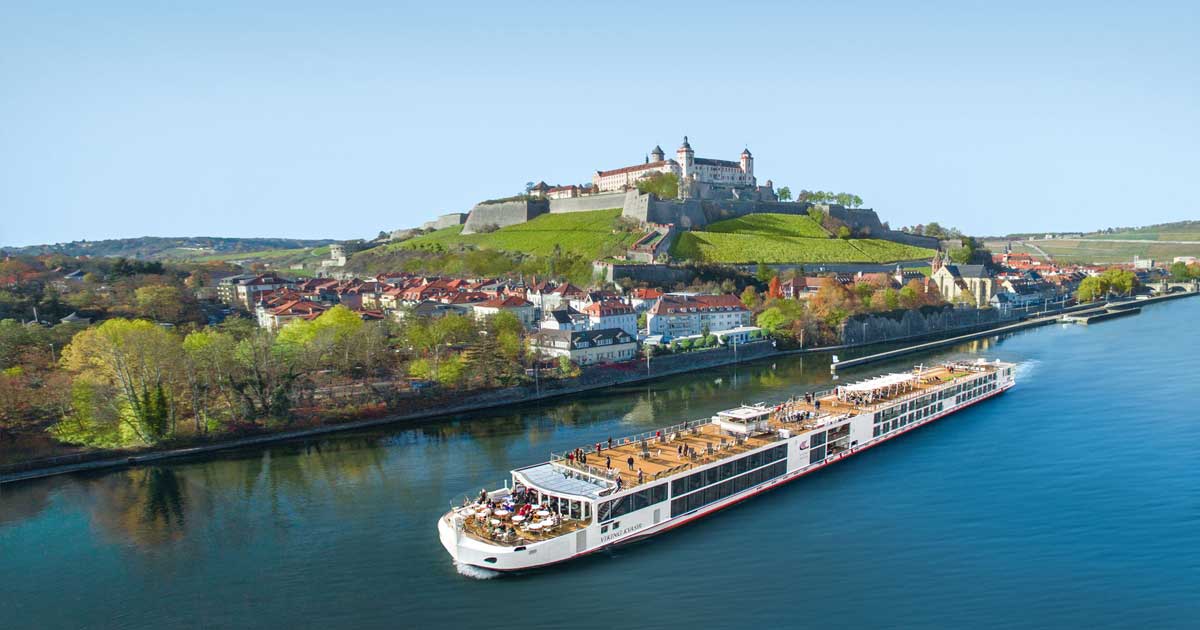 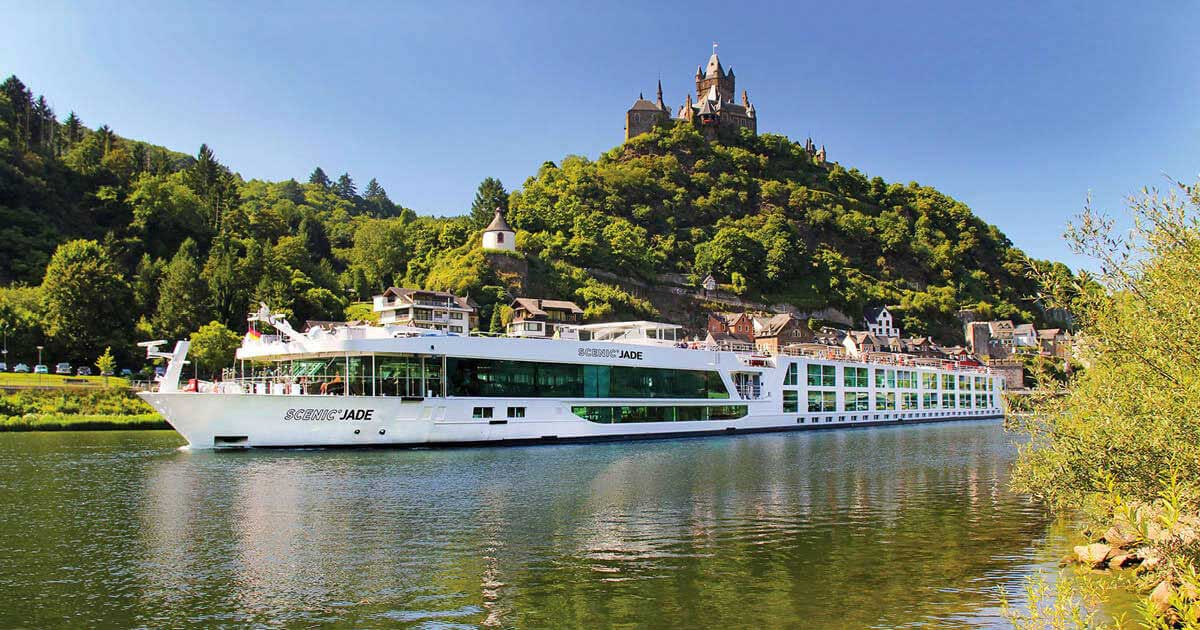